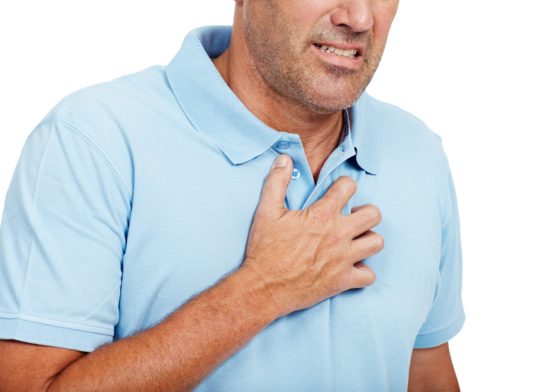 ​You may have heard that a new JAMA study caused ripples among physicians and patients this week by suggesting that inflammation, not acid, is the true cause of gastroesophageal reflux disease (GERD). After all, it has been assumed for more than 80 years that GERD was triggered by stomach acid backing up into the esophagus and damaging the lining of the esophagus.

Dr. Faisal Bhinder of Capital Digestive Care, says the study is thought-provoking because it suggests that acid reduction shouldn’t be the sole focus when it comes to treating GERD and that specific anti-inflammatory agents or medications for the lower esophagus should be developed. But he says it will not change the way the disease is currently managed. ​

He cautions that patients who have significant esophagitis or symptoms of acid reflux without acid suppressive medication should not feel that acid reduction is futile or that such medications should be stopped. As he explains, “This does not change the management of these patients who need to stay on acid suppressive medication if it treats their esophagitis and controls their symptoms – and without which their symptoms could worsen and predispose them to other complications such as esophageal strictures, ulcers or precancerous changes like Barrett’s esophagus.” ​

He also suggests patients and doctors take note of symptoms other than heartburn such as upper abdominal discomfort, belching, sour brash, dyspepsia, excessive burping, and sub sternal chest discomfort after meals. “We are aware that acid reflux, bile reflux or excessively repetitive episodic exposure of non-acidic gastric contents into the lower esophagus can all lead to injury in the lower esophagus that can cause symptoms by inflammation which can be erosive or non-erosive,” says Dr. Bhinder. ​