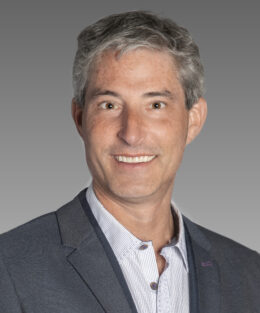 Dr. Dan Neumann is a fellowship-trained gastroenterologist. He enjoys educating patients about healthy lifestyle choices that promote overall GI well-being, and he works collaboratively with his patients to determine the best treatment plan for them.

He has particular interest in the following conditions and treatments:

Dr. Neumann completed his undergraduate study at Penn State University and earned his medical degree from Eastern Virginia Medical School, where he was inducted into the Alpha Omega Alpha Medical Honor Society. He completed his internal medicine residency at Carolinas Medical Center in Charlotte, NC, before pursuing a fellowship in gastroenterology and hepatology as well as advanced biliary interventions/ERCP at Allegheny General Hospital in Pittsburgh, PA.

“I encourage patients to take an active role in their GI health, and we work together to explore the right combination of diagnostic testing, traditional medications, and treatments, while keeping an open mind to alternative therapies,” Dr. Neumann said.

He enjoys being active in his community and served on the Norfolk City Planning Commission for eight years. As the son of two public school teachers, he is dedicated to working with medical students and resident physicians at Eastern Virginia Medical School. At Capital Digestive Care, he has taken on several leadership roles, through which he is grateful to have the opportunity to help shape the future of innovative healthcare delivery.

Dr. Neumann was born and raised in Baltimore before attending college at Penn State, where he played lacrosse for the Nittany Lions.