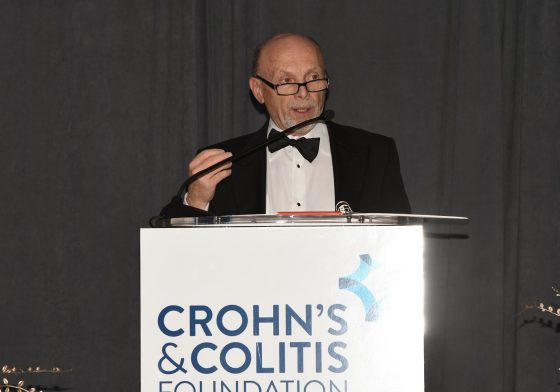 The Crohn’s and Colitis Foundation has presented its 2019 Excellence in Medicine Award to Capital Digestive Care’s CEO, Michael Weinstein, MD.  Dr. Weinstein received the award earlier this month during An Evening of Hope at the 2019 Great Gutsby Gala.  He was recognized for his 30 years of caring for patients with IBD, as well as his long history of working with the foundation to find a cure.

IBD conditions, such as Crohn’s disease and ulcerative colitis, affect several million Americans.  They are also the main chronic illnesses treated by gastroenterologists.  That said, Dr. Weinstein has a personal association with these illnesses as he has family members who are living with them.  Along the way, he has credited the Crohn’s and Colitis Foundation with providing a community of support as well as education for patients and families. Anyone who is interested in donating to the foundation may do so through Dr. Weinstein’s donation page.