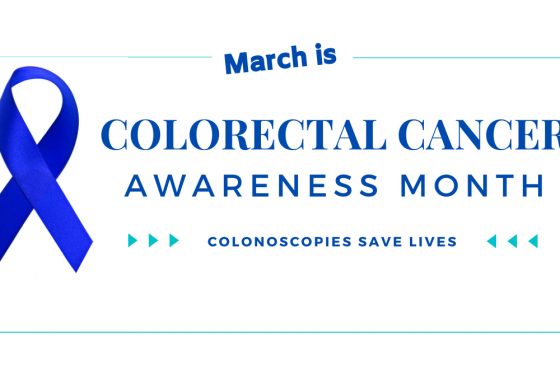 According to the American Cancer Society, colorectal cancer is the third most commonly diagnosed cancer in the US.  Colorectal cancer is caused by abnormal growths, called polyps, forming in the colon or rectum and becoming cancerous.  There are few, if any, symptoms in the early stages.  That’s why screening is so important for early detection.

In addition, there have been changes regarding screenings in recent years – mostly because of the rising rates of colorectal cancer in younger adults.   In fact, the American Cancer Society has lowered its recommended age for colorectal cancer screening from 50 to 45 for adults of average risk.

Despite all of this, colon cancer is considered a preventable disease if caught in time.  Colon cancer cases and deaths have steadily declined in patients over 55 in part because of screenings, especially colonoscopies which can lead to the detection and removal of polyps before they become cancerous.  In short, they can stop cancer before it has a chance to start.  So, our theme for this Colorectal Cancer Awareness Month is simply this:  Colonoscopies Save Lives.   Because they do.