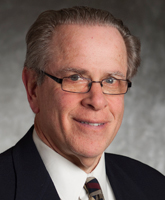 Excerpted from Gazette Health, Summer 2012, by Bill Holleran “We’ve made amazing progress in early detection and prevention since 1999,” said Richard Chasen, M.D., a gastroenterologist who is a partner with the Capital Digestive Care in Laurel and Takoma Park. “That’s when the American Cancer Society and American College of Gastroenterology began recommending colonoscopy screenings starting at age 50 for Caucasians and age 45 for African-Americans.” African-Americans have the highest incidence and death rate from colon cancer in the United States, hence the recommendation for earlier screening, according to the American Cancer Society. These target ages are for average-risk individuals with no family history of colorectal cancer or personal history of polyps, Chasen pointed out. Since 1999, approximately 65 percent of Americans who should have been screened have been screened, according to Chasen, who has privileges at Washington Adventist Hospital in Takoma Park and at Laurel Regional Hospital. “In that period of time, according to a recent article in The New England Journal of Medicine, we have lowered the colon cancer death rate by 53 percent,” Chasen said. “Now the challenge is to screen the other 35 to 40 percent of people who are at risk.”