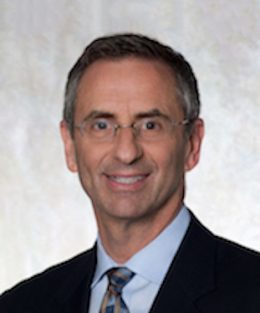 After graduating from Harvard College with a degree in Economics, Michael Schindler, MD headed “west” (actually, mid Massachusetts) to earn his medical degree at the University of Massachusetts in Worcester. While in medical school, he married his childhood sweetheart Susan, a Speech Pathologist and Parent Educator for Montgomery County Schools. He completed his Internal Medicine training at Johns Hopkins Hospital where his son, Adam, was born. He returned to the University of Massachusetts for his Gastroenterology training where his daughter, Shari, arrived on a snowy New England day.

In his early career, Dr. Schindler served as a Chairman of the Department of Medicine at Holy Cross Hospital. He joined Capital Gastroenterology Consultants in 1987 and, in 1997, welcomed his third child, Rachael. Dr. Schindler was an original member of the founding board for Holy Cross Hospital in Germantown and currently serves as the Managing Partner of the Capital Gastroenterology Consultant’s division.

Dr. Schindler takes great pride in the accomplishments of his children (now all adults). His son Adam (Collier’s International/ commercial real estate) and daughter-in-law Rebecca were married in 2015 and live in Bethesda with the awesome Max Andrew (born 6/29/2017—Papa Mickey will tell you all about him). His daughter Shari is a special education teacher for the Montgomery County Public Schools and remains a diehard Washington Capitals fan (still basking in the joy of the 2018 Stanley Cup victory). His youngest daughter, Rachael graduated from the CES Jewish Day School and is presently enrolled at Brandeis University and continues in her theatrical career (yes, she remains more than a triple threat).

Having grown up outside of Boston, he maintains his allegiance to the sports teams of his youth, the Boston Celtics, New England Patriots (he played for the pep band in high school!) and of course the Boston Red Sox. (After attending a World Series games in 1967 he returned to Fenway for the World Series in both 2004 and 2007, and rooted from afar for their World Championships in 2013 and 2018). He can now “die in peace.” The Washington Capitals are his only local sports favorite and he is ready to celebrate again with the great 8. He remains active by exercising skiing, spinning, cross fit, and playing golf whenever possible. In the summer months he may be found riding his bicycle, walking his 2 pound toy yorkie Billie Joe, listening to music, or just relaxing at Bethany Beach. You may also spot him in “the pit” at any Bruce Springsteen concert or searching for the latest hit on Broadway.