Fall Favorites May Not Be a “Treat” for Those with IBD 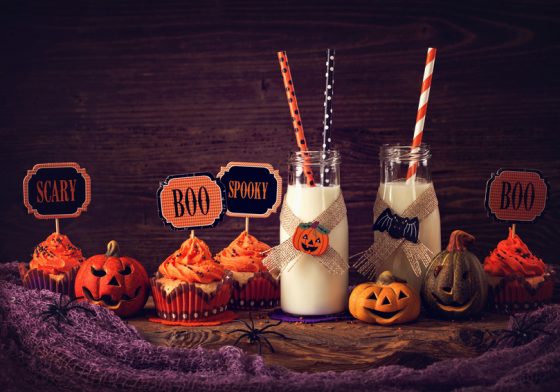 ​As many people with inflammatory bowel disease know, diet alone can’t prevent IBD. But what you eat can play a major role in controlling your symptoms. During periods of remission between flare-ups, patients with Crohn’s and ulcerative colitis (two types of IBD) may still enjoy a normal healthy diet. But most people with IBD benefit from adjusting their diets to avoid chronic inflammation. Although there is no specific diet that is right for everyone, doctors often recommend staying away from some foods that are especially popular this time of the year.

Winter squash such as butternut, pumpkin, and acorn contain a large amount of insoluble fiber. For that reason, there’s a chance that they can make your diarrhea worse. “Patients with strictures – meaning scarred and narrowed areas of their bowels – should avoid most high roughage foods, especially a lot at any one time,” says Capital Digestive Care’s Dr. Eric Pollack. Finding out which ones you can tolerate can take some trial-and-error. For example, some people can eat boiled or canned varieties with difficulties, but not baked dishes. ​

Pumpkin-spice pastries are often high in fat, sugar, and lactose – all of which can trigger symptoms during a flare-up. To make things worse pumpkin is a winter squash (see above) which holds the potential to worsen diarrhea, although many people are able to tolerate small amounts of canned pumpkin. Whatever you do, just don’t overdo it. ​

​Apple cider is another seasonal favorite for some, but unfortunately it is also high in sugar. That means it means it can be inflammatory and make diarrhea worse.

Halloween candy is always iffy for people with IBD for obvious reasons. But some kinds can really pack a one-two punch because they contain both high fat and high sugar. Those ingredients can lead to diarrhea and abdominal pain.​

​Again, seasonal favorites don’t have to be scary. IBD is a highly individual disease. If you suffer from it, it’s always a good idea to keep a food journal to help you track which foods trigger your symptoms.

​These suggestions are just the tip of the iceberg when it comes to dietary modifications. “In general, research suggests that some diets may reduce inflammation, especially diets low in red and processed meats and higher in fruits and vegetables, as well as diets made from fresh foods and lower in processed or prepared foods,” says Dr. Pollack. But also remember that diet alone is not a substitute for standard medical therapies for inflammatory bowel disease and any changes in medications should be discussed with a doctor specializing in IBD.